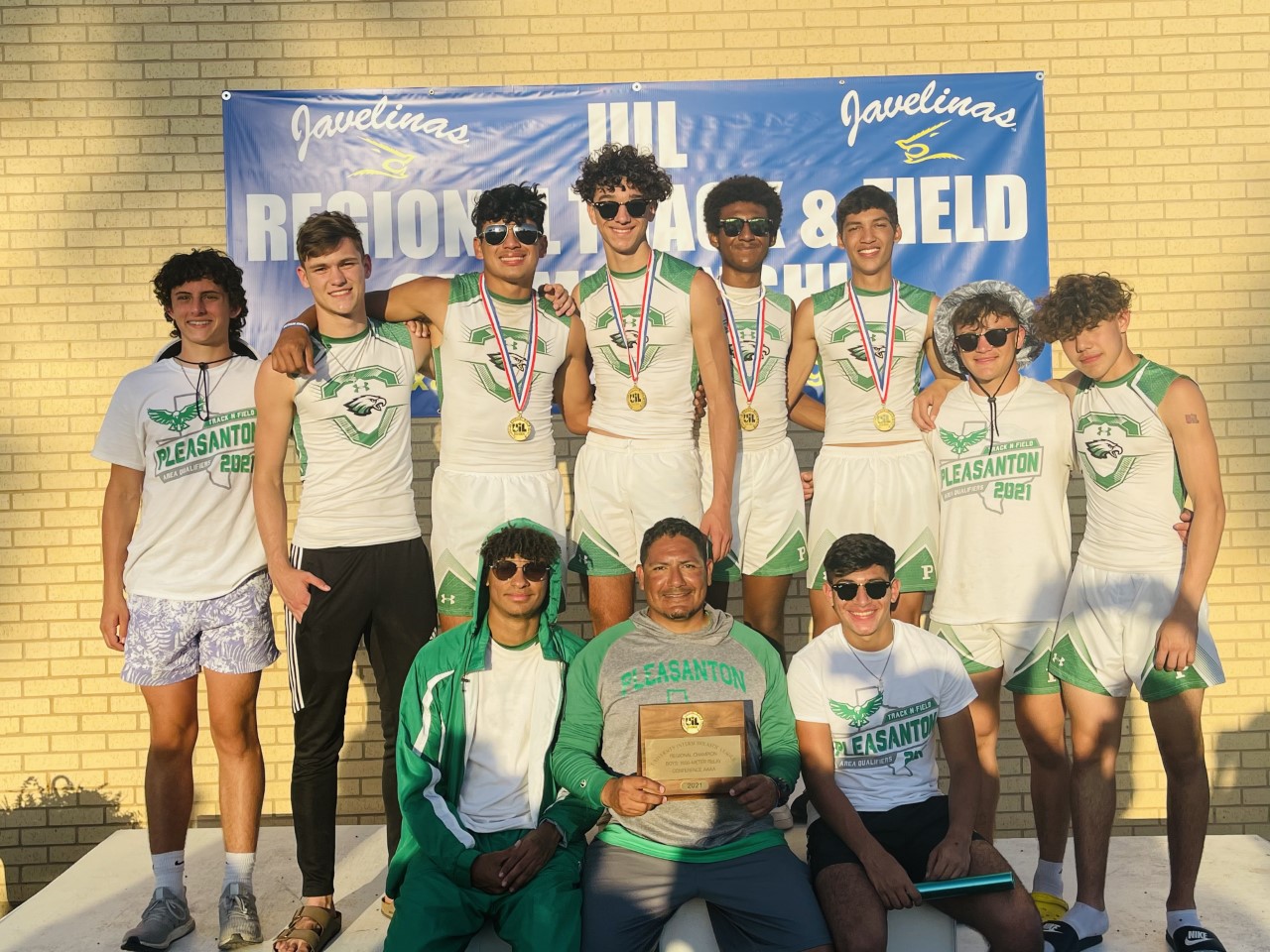 The Pleasanton Eagle Men’s Track Team Showed up at Texas A&M University-Kingsville primed and ready to make a statement at the Regional Meet. Este’van Jackson narrowly missed getting into the finals of the triple jump with a 9th place finish and Juan Lopez narrowly missed scoring team points with a 7th place finish in the long jump. Freshman Preston Pilgrim was the first Eagle to punch his ticket to the State meet. He set the bar high for all future vaulters with a Silver medal 2nd place finish. Ashon Thompson brought home the Gold and remained undefeated in the 100m dash, and also earned a spot at the State Meet with the Silver medal in the 200m dash finishing second. Freshman Jayden Palacios finished his 400m dash with a new personal record/new school record, earninig the Gold medal and also earned a Bronze medal in the 800m run with a 3rd place finish. Pleasanton’s 4x200m Relay was disqualified on a rules infraction and did not earn any points in the race. The 4x400m Relay team crushed the prior record (3:27) set 46 years ago by Rodney Pratka, Joe Wayne Vickers, Kenny Johnson and Freddie Martinez. The Eagles broke the record on Friday with a time of 3:23.507 and then broke their own record again Saturday with a time of 3:23.482. All year long the goals were set and met, and the biggest goal was AUSTIN! WE MADE IT MEN! CONGRATULATIONS!
Official results:
Pole Vault: Preston Pilgrim 13-6 (2nd)